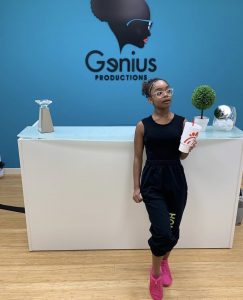 At only 14 year old, Marsai Martin has made some major boss moves recently.

Her first project under the new deal will be upcoming film StepMonster, a comedy about a teen girl adapting to life with a new stepmother. Martin will produce and star in the film.

“I am so excited for the magic I’ll be able to create and produce with Universal,” Martin said in a statement. “My goal is to show young women and girls that our voices and ideas matter and you are never too young to dream BIG!”

Martin made history last year when she signed on as one of the executive producers for upcoming film Little which stars Regina Hall, Issa Rae, and Martin.

Little will premiere in theaters on April 12.