BET won’t be renewing the series for a third season.

BET has canceled one of their newest shows “The Quad” just days after its season two finale. The show, which starred actress Anika Noni Rose who recently appeared in Starz hit show Power and The History Channel’s Roots mini-series, followed the newly elected President of a fictional Georgia A&M University as she struggled to save the bankrupt black college, her 21 year old marriage and deal with her rebellious daughter.  Rose shared news of the cancellation on Instagram from Co-Creator and Executive Producer Felicia D. Henderson:

“As you may already know, BET has decided not to renew the series for a third season. I’m told, ‘the analytics don’t support renewing a show that has a budget of this size.’ Unfortunately, the second season’s rating were never as high as the first season’s. We are so proud of the show—the stories we told, the performance in front of the camera, the hard work behind the scenes and the commitment of our fans…you were always pushing the rock up the hill with us—partners-in crime!” 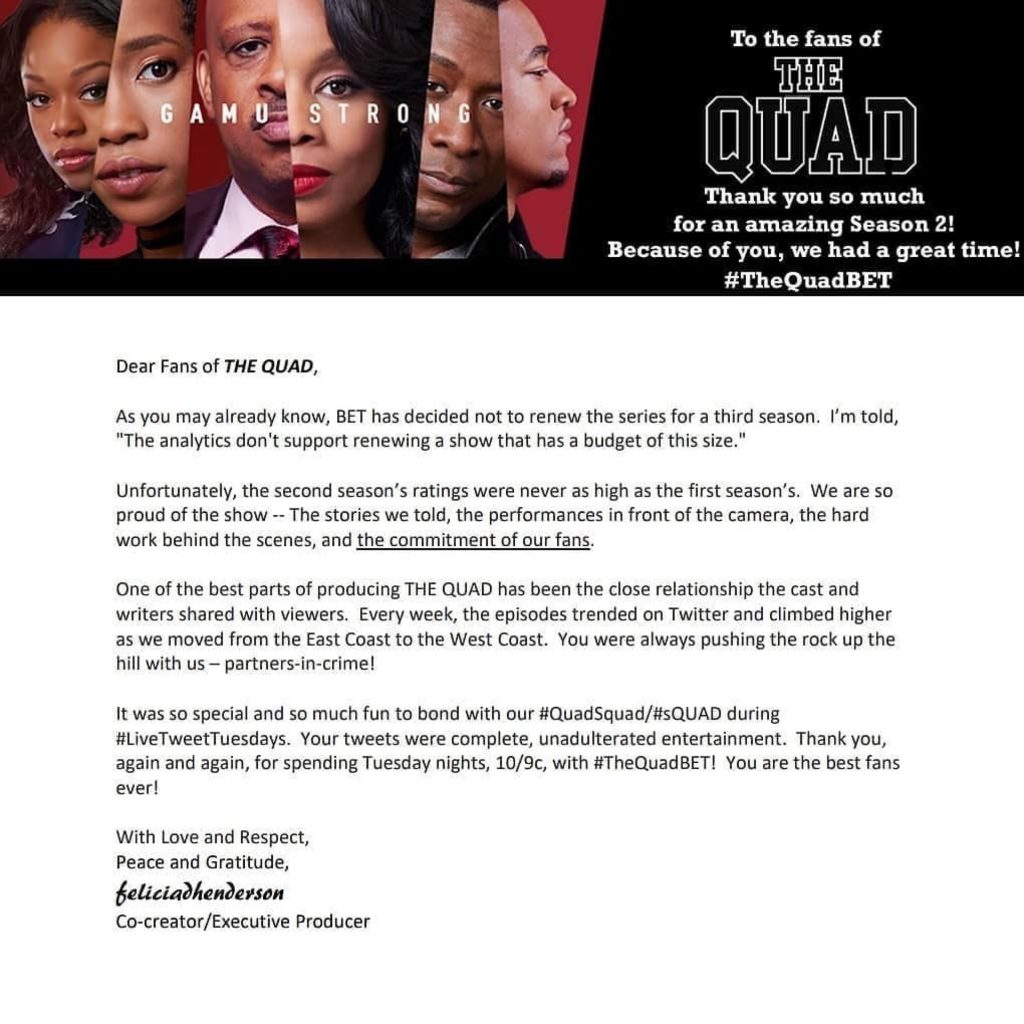 BET has been going through some changes since a number of programming executives left the company early last year and a new president was appointed in December.