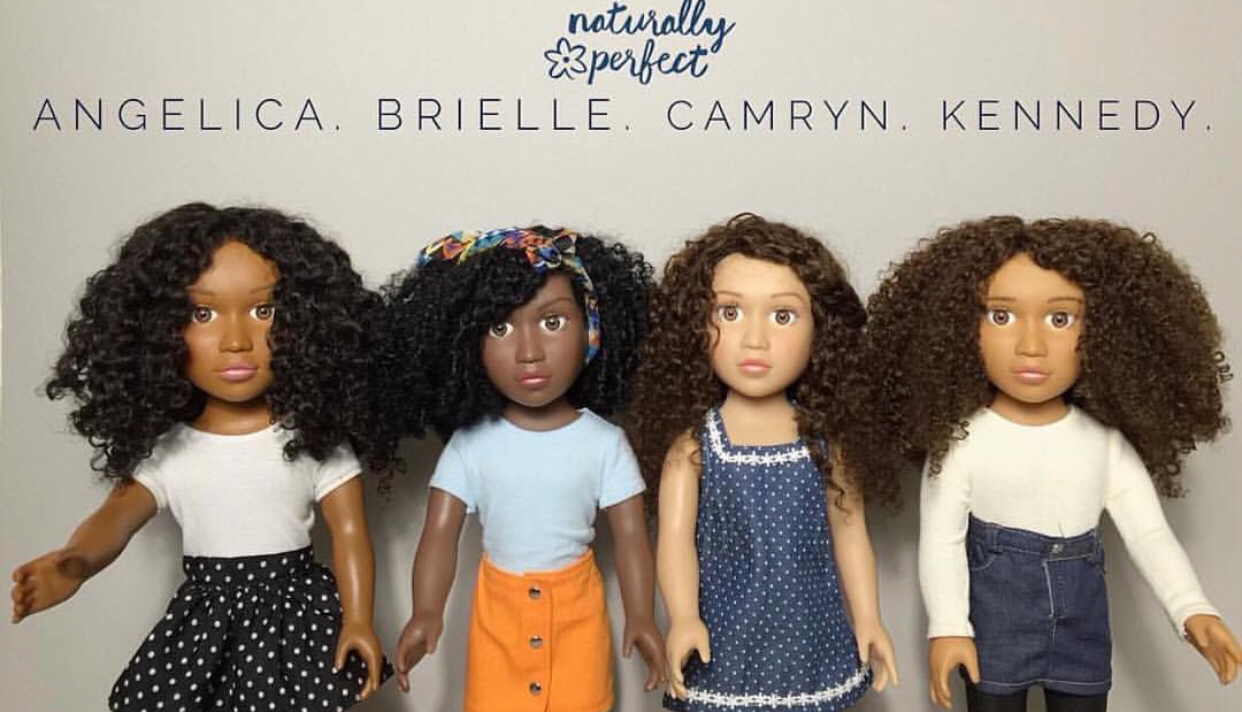 Last year, the Sweetings left Shark Tank with an investment deal with Daymond John. Now the pair, who recently added a third daughter to their family, are preparing to relaunch their brand in a big way.

To celebrate their relaunch, which will officially kick-off next year, the 18 inch natural hair doll collection will go on sale October 1st for $49.99 before increasing in price later that month. Each week “Naturally Perfect Dolls“ will be giving away a special gift to a randomly selected customer.

For those hoping to purchase the doll for the holiday season the Sweetings are disappointed to share that delivery won’t be expected until February 2018.

“…it was a difficult decision for us. It was important for us to set thing up for longterm success and switching manufacturers was top priority. If we delivered by Christmas the price would have changed to $100,” they announced on Instagram.

Long-term success is definitely on their agenda. The Sweetings will be changing the brand’s name to Mayzeepedia to avoid competing with another doll company, discounting their lowest-selling doll Camryn, and returning to their roots with a Kickstarter campaign early next year where they will be introducing 8 new diverse characters for under $35. Which comes as good news to fans who’ve voiced concerns over the $85 high price tag.

Regardless of the price we’re looking forward to seeing the new collection and the success of this growing brand.

You can check out their first Kickstarter campaign below and visit their website at www.naturallyperfectdolls.com for more info.