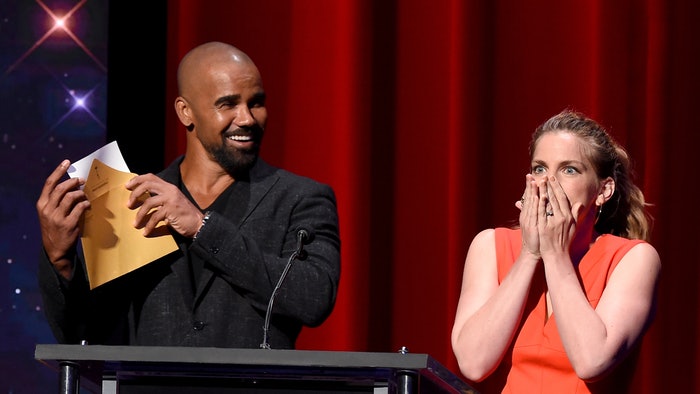 While some of our favorite actors are up for an Emmy the number of new Black TV programs that made the list leaves us underwhelmed.

There weren’t many surprise nominees this morning for the main categories which aired on Facebook Live.

Veterans like Tracee Ellis Ross and cast-mate Anthony Anderson, who both received nominations as Leads in a Comedy Series, along with their show Black-ish were expected. Even Viola Davis who scooped up several big awards during her whirlwind award season earlier this year was an unsurprising vote for Lead in a Drama Series for her role in ABC’s How To Get Away With Murder.

It was newcomers like Donald Glover, his hit FX show Atlanta, FOX’s This Is Us and HBO’s The Night Of that proved to be a breath of fresh air during the announcement.

Although Empire received a single nomination for its contemporary costumes design category and Marvel’s Luke Cage for its stunt coordination the lack of nominations for two record-breaking series is surprising.  Especially for Luke Cage which was Netflix’s most popular show last year. There were quite a few popular shows that did not receive any nominations.

With 2016 bringing in a wave of brand new Black TV programs it’s hard to reconcile the low number that received nominations. Here’s just some of the new and popular shows that were snubbed:

OITNB: The Most Heartbreaking Season Yet

You can watch this morning’s announcement below or view the full list of 2017 Emmy Award nominations here.

The 69th Emmy Awards air live on Sunday, September 17th at 8 p.m. on CBS from the Microsoft Theater in Los Angeles. Late-night host Stephen Colbert will host the event.