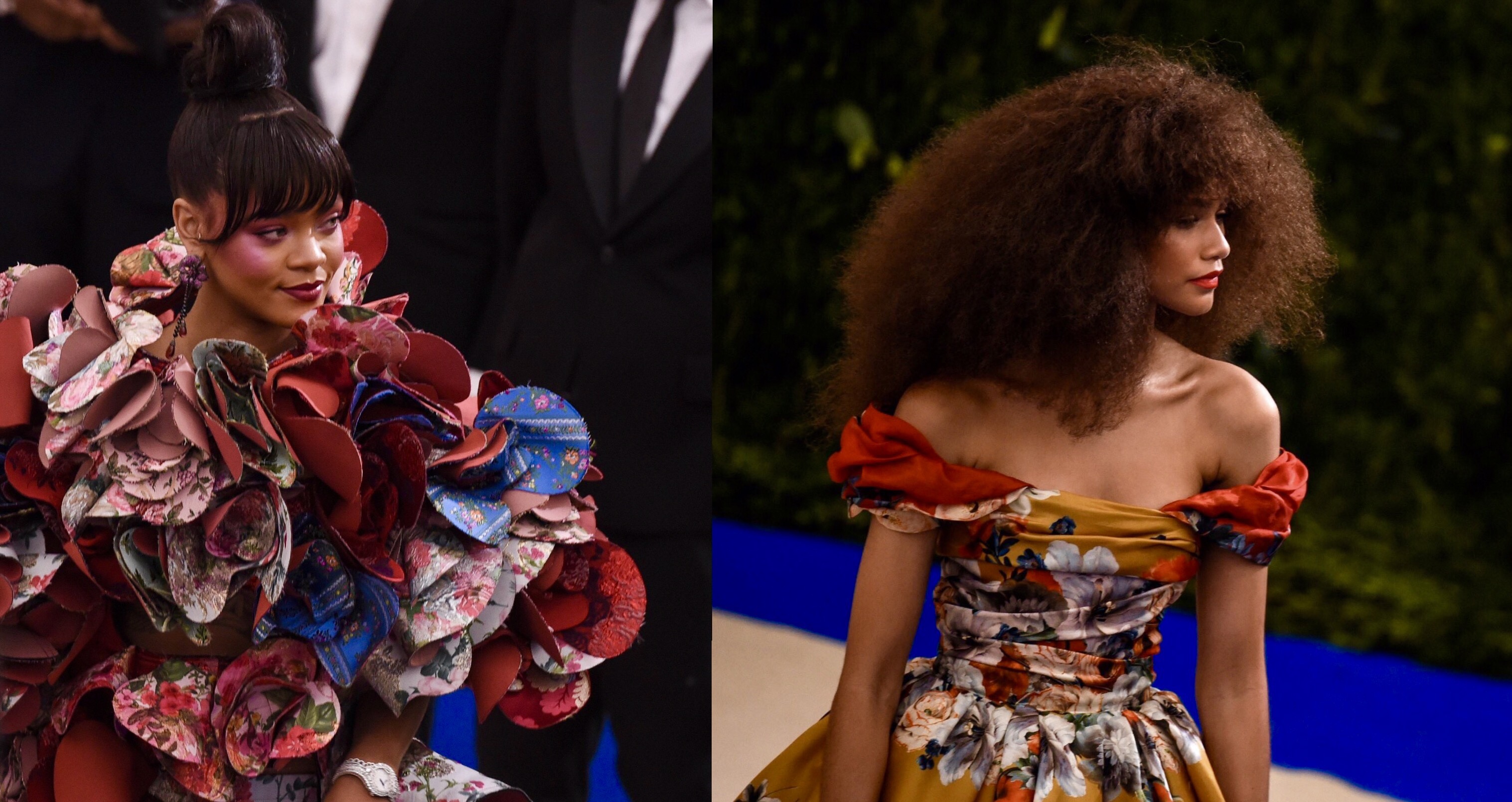 If we were giving out awards Rihanna and Zendaya would get the biggest two of the night.

Last night celebrities gathered to attend the annual Met Gala hosted by Anna Wintour. This year’s invitation-only themed party celebrated the work of Japanese designer, Rei Kawakubo and her exhibition “Comme des Garçons: Art of the In-Between“. According to The New York Times, the 74 year-old designer is only the second living designer given a solo show at the annual event.

Kawakubo is known for rebelling against the “rules” of clothing design and challenging the ideals of beauty and gender with creations that are more artistic than fashionable in the general sense.

So it’s no wonder that Rihanna reigns as queen of the ball when she returned to the red carpet after taking a break from last year’s event. The dress, a design from the Comme Des Garçon’s fall/winter 2016 collection, comprises colorful floral patterned textiles cut in large flower petal shapes and gathered strategically to form a structured gown that is both fun and flirty and utterly stunning. That Rihanna paired the look with a pair red gladiator heels, a melding of fuchsia eye-shadow and blush, and a sleek high-bun with bangs just further proves that no one could have pulled this look off like she did.

While Zendaya’s look strayed from the theme it was no less stunning in its beauty. Arriving in a gown designed by Dolce & Gabbana, Zendaya’s tropical parrot print was eye-catching while combining gold, tangerine, and frosty shades of blue. The look was made even better by Zendaya’s hair, which she wore in a voluminous blown-out afro.

The look has such a royal princess sense to it that it’s left me wanting a new Disney princess fashioned from this single moment. 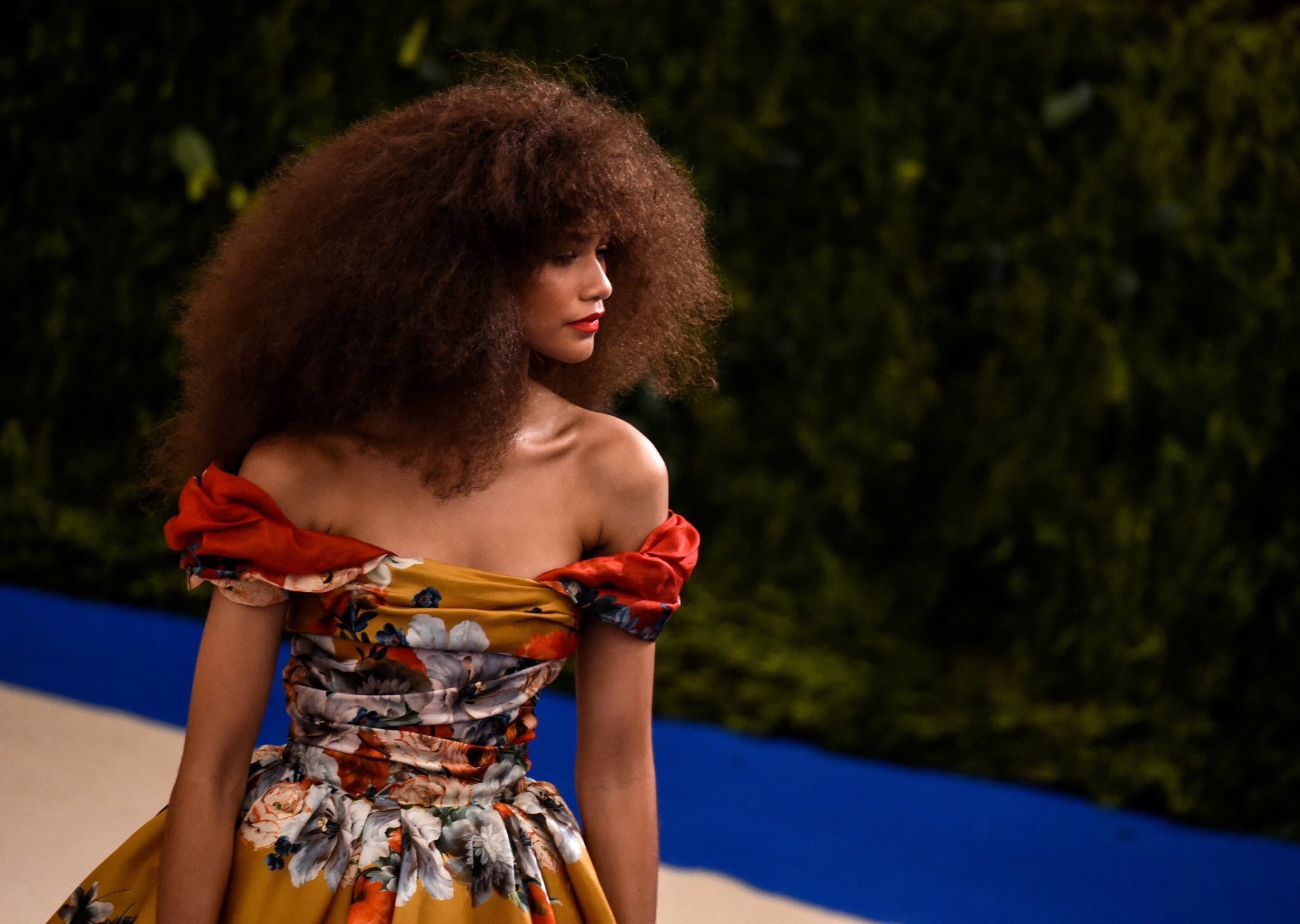 Met Gala: Naturals on the Carpet