We’ve rounded up some of the latest African-American stories you should read this season.

The Hate U Give

Inspired by the Black Lives Matter movement (and soon to be a feature film starring actress Amandla Stenberg), Angie Thomas’s searing debut about an ordinary girl in extraordinary circumstances addresses issues of racism and police violence with intelligence, heart, and unflinching honesty. We’ve already started on this novel and can’t wait to share our review later this month.
Released: February 28th

Award-winning journalist and child advocate Dr. Stacey Patton’s extensive research connects what happens at home to what happens in the streets in a way that is thought-provoking, unforgettable, and deeply sobering. “Spare the Kids” is part of a growing national movement to provide positive, nonviolent discipline practices to those rearing, teaching, and caring for children of color.
Release date: March 21st

In response to a letter from a friend, Chimamanda Ngozi Adichie’s “Dear Ijeawele” is an invaluable guide on how to empower a daughter to become a strong, independent woman. From encouraging different toy choices to having open conversations with her about clothes, makeup, and sexuality; Dear Ijeawele goes right to the heart of sexual politics in the twenty-first century. It will start a new and urgently needed conversation about what it really means to be a woman today.
Release date: March 7th

“Orange Is the New Black” meets Walter Dean Myer’s “Monster” in this gritty, twisty, and haunting debut by Tiffany D. Jackson about a girl convicted of murder seeking the truth while surviving life in a group home.
Released: January 24th

The Engagement Game: Why I Said “I Don’t” to Marriage and “I Do” to Me
Joi-Marie McKenzie

Joi-Marie almost has it all; a thriving career, a supportive family, great friends, and an apartment in Manhattan. But, when the husband she wants doesn’t fall into place, she decides to play the game-the engagement game-in order to get Adam to drop down on one knee.
Release date: March 21st

The harrowing, but triumphant story of Ellen Johnson Sirleaf, leader of the Liberian women’s movement, winner of the Nobel Peace Prize, and the first democratically elected female president in African history. “Madame President” is the inspiring, often heartbreaking story of Sirleaf’s evolution from an ordinary Liberian mother of four boys to international banking executive, from a victim of domestic violence to a political icon, from a post-war president to a Nobel Peace Prize winner.
Release date: March 7th

For fans of “Diary of a Wimpy Kid” and “Big Nate” comes a new side-splitting series from comedian and film star Craig Robinson.

Jake just faked his way into the Music and Art Academy for the gifted and talented (and Jake is pretty sure he is neither). More jokester than composer, Jake will have to think of something quick before the last laugh is on him.
Release date: March 28th

Told through the compelling alternating narratives of Sybrina Fulton and Tracy Martin, “Rest in Power”, takes readers beyond the news cycle with an account only the parents of Trayvon Martin can give: the intimate story of a tragically foreshortened life and the rise of a movement. It’s the story of the beautiful and complex child they lost, the cruel unresponsiveness of the police and the hostility of the legal system, and the inspiring journey they took from grief and pain to power, and from tragedy and senselessness to meaning.
Released: January 31

The Wide Circumference of Love: A Novel
Marita Golden

As a respected family court judge, Diane Tate is used to making tough calls, but when her sixty-eight-year-old husband’s health worsens and Diane is forced to move him into an assisted living facility, it seems her world is spinning out of control.

Diane and her children must reexamine their connection to the man he once was—and learn to love the man he has become while supporting her children in a changing landscape and keeping her family together—even after her husband finds himself in love with someone else.
Release date: March 28th

Award-winning author Roxane Gay returns with “Difficult Women”, a collection of stories that delivers a wry, beautiful, haunting vision of the women living in modern America who live lives of privilege and of poverty, are in marriages both loving and haunted by past crimes or emotional blackmail.
Released: January 3rd 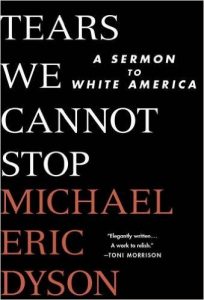 In his 2016 New York Times op-ed piece “Death in Black and White,” Michael Eric Dyson moved a nation. Now he continues to speak out in “Tears We Cannot Stop”―a provocative and deeply personal call for change. Dyson argues that if we are to make real racial progress we must face difficult truths, including being honest about how black grievance has been ignored, dismissed, or discounted.
Released: January 17th

In this companion to the top-selling I Love My Hair! (originally titled and adapted from Bippity Bop, Barbershop), here is a much-needed story about a milestone moment for toddlers, featuring African-American characters and a loving father-son relationship that is perfect for Father’s Day and all year round.
Release date: March 7th

Best friends Lola Poole and Joan Proctor-Riley have finally found the love and excitement they’ve always longed for. Online-dating an endless line of wealthy, no-strings-attached lovers is the perfect escape from their unfulfilling lives. And between Joan’s selfish husband and Lola’s hateful, demanding relatives, the hotter these ladies’ secret activities get, the more they crave—and the more reckless they become. Soon, they’re taking ever greater risks to pursue their desires…
Release date: March 28th 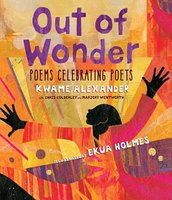 Out of gratitude for the poet’s art form, Newbery Award–winning author and poet Kwame Alexander and others present original poems that pay homage to twenty famed poets who have made their authors’ hearts sing and their minds wonder.
Release date: March 14th 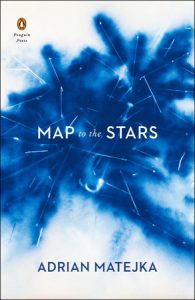 Map to the Stars
Adrian Matejka

A resonant new collection of poetry from Adrian Matejka, author of “The Big Smoke”, a finalist for The Pulitzer Prize and the National Book Award, “Map to the Stars”, the fourth poetry collection from National Book Award and Pulitzer Prize finalist Adrian Matejka, navigates the tensions between race, geography, and poverty in America during the Reagan Era.
Release date: March 28th