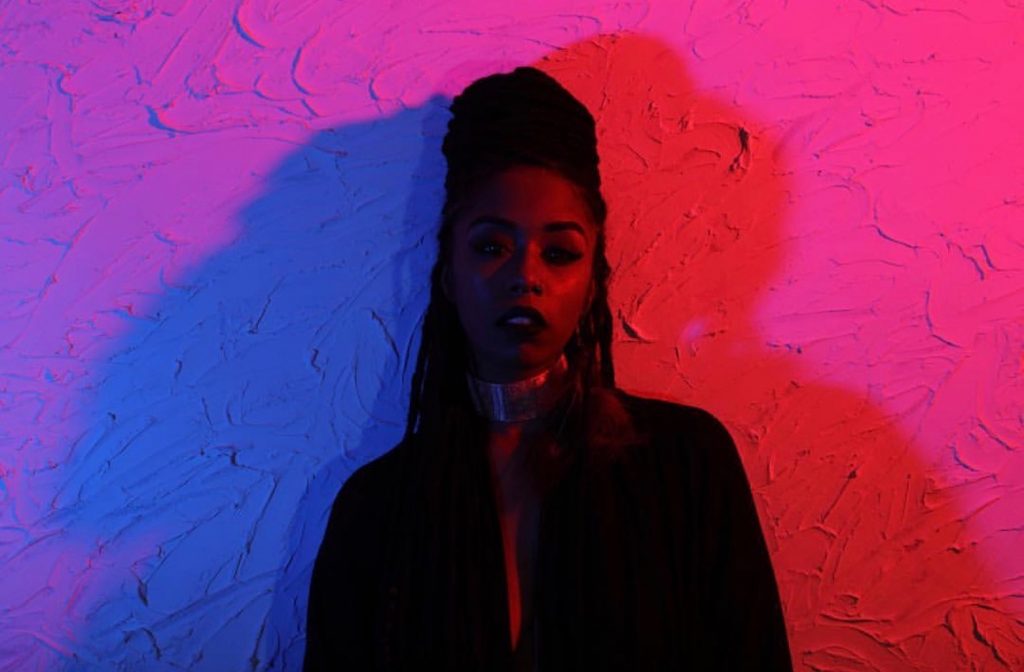 Independent artist Sia Amun is anything but new to the music industry.

The California resident, who recorded her first track at 10 years old, has spent years behind the scenes as a singer and songwriter for chart toppers such as Mary J. Blidge, Ledisi, Lady Gaga, Trey Songz, Tyrese Gibson among others. She’s received several accolades including platinum plaques for Lady Gaga’s “Fame Monster” in 2010 and Trey Songz “Trigga” last year.

Now, after booking a one-way ticket to London with only a backpack, 12 songs, and a mission, Amun premiered her debut EP The Blue Dream Project, an ode to marijuana, living and experiencing love. Mesmerized by her old school R&B feel we reached out to the artist to talk more about the project.

Can you tell us about your “Blue Dream Project”?

Prior to and during the process of creating the music for this project I experienced my grandmothers passing, depression, adulting, finding myself, letting go and over coming.  “Blue Dream” is my favorite strain of marijuana, and it helped me get through some of those most difficult times. So I named the EP “The Blue Dream Project”.

What themes do you explore throughout your EP?

The overall theme of the EP is about marijuana, taking things easy, and living a little. As humans we need to learn how to enjoy life, chill out, smoke if you need to and do your thing without the conditions of the world.

People have likened you to the female Bob Marley of our time. Why is that?

Bob Marley is one of my absolute favorites. I think it’s definitely an honor to even be mentioned in the same sentence as him.

I’m all about spreading love, physical and spiritual liberation, justice, and overall good will. Although I smoke marijuana, I don’t represent stoner culture. Marijuana is much more than just a recreational activity for me. With Bob Marley being so heavily involved in the Marijuana/Rastafarian culture he showed that it was more than what the world wanted us to believe it was. He wasn’t a stoner; He smoked but he represented health, change, peace and love.

You’ve worked in the industry for years, as a song writer and vocalist. Tell us more about your background, The Pensouls, and why you chose to be an independent artist when you went solo.

I was exposed to music as a youngin. My dad was the lead singer of an R&B group called Troop and he’s a songwriter/producer (“Take You Down”, “No Air”) so I was introduced to the concept of songwriting early on as well. He is one of the original members of a production team named The Underdogs. I used to sit in the back of the studio and watch them create and write songs for hours. I had my mind made up that I was going to do music back then.

I sang demos for my dad and his industry friends and that was really how I got started. One of the guys I sang demos for referred me to Teddy Riley, which led to Lady Gaga. That was my first professional session on my own.

The Pensouls consisted of myself and another songwriter-producer. We met back in 2009 and started writing together in 2011. Together we went on to work with many people including Trey Songz, Tyrese and Mary J. Blige to name a few. I was an artist before a songwriter but I decided to focus on writing to get my feet wet and build relationships in the industry. We both wanted to pursue artist careers so the decision to go solo was mutual and right on time.

For me, I needed to spend time away from what I was used to. I needed to find myself, figure out what I wanted to do with my life and remember why I do what I do. I booked a one way flight to London in October, I had nowhere to stay, little to no connections, no money and I had no clue what I was thinking but I followed my gut and ended up being there for 3 ½ months. I completed and released “The Blue Dream Project” while there. 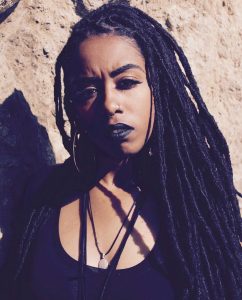 After doing things on your own for a while would you consider signing with a record label?

I’ve learned that I can only be a one-woman machine for so long. If partnered with the right label and the deal made sense for my plan and what I want to do then I’d definitely consider signing.

You received a platinum plaque for your participation on Lady Gaga’s album at the age of 17. Can you explain more about the award and if you’ve received any additional recognition for your work?

I was apart of a record called “Teeth” and sang backgrounds as well. We went platinum with Trey Songz for “Trigga” as well, so I have a plaque for that coming.

Not only are you a musician but you own your own studio. What made you decide to buy your own studio? Has it been difficult being an artist and business owner at the same time?

Studio time is expensive lol so having a place to record is very important.

I always wanted to have my own spot.

It’s definitely been difficult managing the two, everything has it’s up and downs but with patience, staying focused and really believing in what I have to offer, I’ve managed to balance the two pretty well. Not only am I the artist, I manage myself, all of my social medias, and my business.

Which is your favorite track on the EP?

“Live A Little” is my favorite because it expresses how I feel and what I want to say to people.  My message is to “live a little”. So many people suffer from depression, unhappiness and confusion of self. Stuck living for other people, trying to be what we think we should be instead of just saying fuck it and truly being in tune with ourselves. Living in our truth and that is what that record is about.

You’ve seen the industry change from behind the scenes and now you’re in front of the scenes. What are your thoughts on: the industry, the R&B Soul genre, decreasing CD sales, popularity of streaming services, and/or the evolution of music through the years?

Change is inevitable and everything is meant to evolve. I’m thankful that the industry is so accessible through the internet and social media now. It’s definitely made it possible for me and other independent artists to do what we’re doing and continue putting music out. I can release music at anytime I want with no problems, or interference. It’s pretty cool.

I’m excited about the future of R&B music. I appreciate artist like Kehani, Bj The Chicago Kid, Anderson Paak and Leon Bridges for creating R&B music that makes us feel how R&B felt when I was growing up.

You’re currently performing in the UK. Do you have any future shows planned in the U.S.? Where can fans see you perform live?

I do, I have a few shows this month…. You can visit my website for all show dates, new releases, videos, etc.