9 NYC Events To Attend In Celebratation of Black History Month 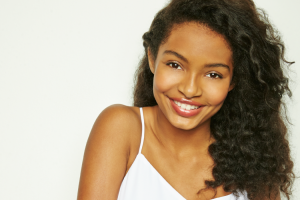 Black-ish actress, Yara Shahidi may be on her way to starring in her own TV show. The teen who plays Joey, on ABC’s award-winning show, alongside actors Tracee Ellis Ross and Anthony Anderson is currently being discussed for a spinoff series that will focus on her going off to college.

The Disney-owned network is in early talks for a Black-ish spinoff starring Yara Shahidi, The Hollywood Reporter has confirmed.
Insiders stress talks are still in the early stages — no deals are currently in place — with the potential spinoff revolving around Shahidi’s Zoey Johnson in college. The comedy could be planted as a backdoor pilot this spring and hail from series creator Kenya Barris, former showrunner Larry Wilmore and producers ABC Studios. Wilmore, who had served as showrunner for Black-ish’s first 13 episodes before moving to Comedy Central’s Nightly Show, recently returned to ABC Studios with an overall deal.

College-themed spinoff shows don’t have a high success rate as evident by The Cosby’s Show’s attempt, Sabrina the Teenaged Witch and Saved By The Bell.

But times have changed right?!

9 NYC Events To Attend In Celebratation of Black History Month

Yara Shahidi On Representation and Diversity in the Media