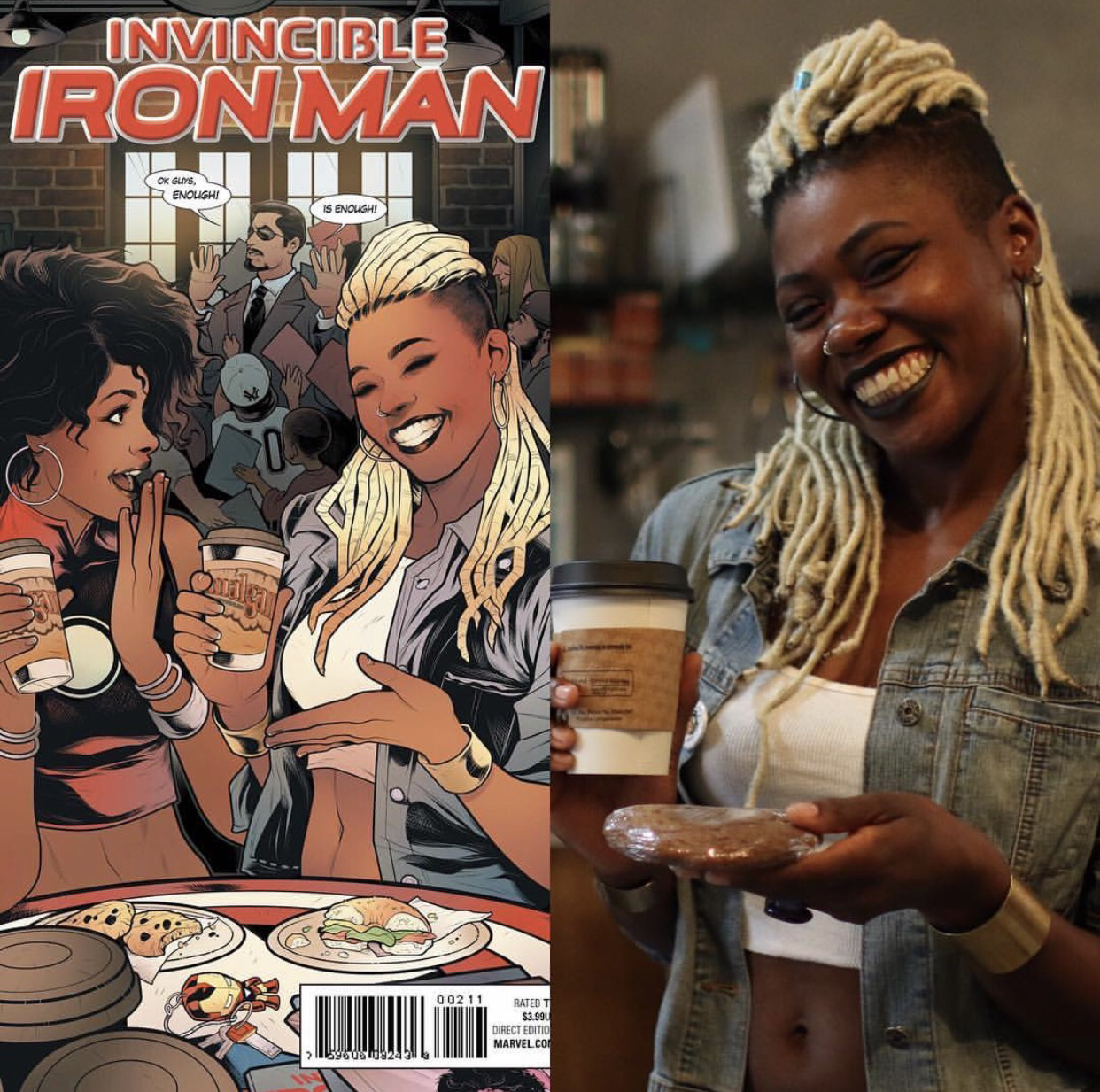 Arielle Johnson is the first Black comic book store owner on the East Coast and will now be adding Marvel cover girl to her resume.

The comic book lover who opened Amalgam Comics & Coffeehouse in Philadelphia back in December, will join Riri Williams, Marvel’s newest Iron Man, on one of the variant covers of the series’ first issue “Invincible Iron Man #1“.

The comic, which goes on sale next month, features both Johnson and Riri Williams, in mid-drift revealing tops, sharing coffee and conversation. 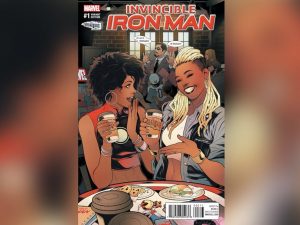 The cover model partnership came to be when Johnson’s colleague, Randy Green, received an email about potential variants for stores.

“When the email went out about potential variants for stores, he was really excited and took it upon himself to work out the [details]. It was really his hard work,” she told ABC News.

Earlier this week, Marvel pulled their original cover for the issue after fans on Twitter criticized the artwork for skin lightening and over-sexualizing the teen superhero.